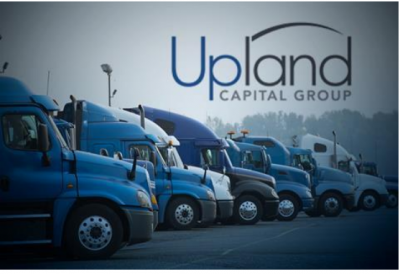 February 23, 2021 – Upland Capital Group has confirmed the launch of an excess transportation liability specialty insurance offering and announced further hires of former Hallmark Financial Services executives, as the E&S start-up looks to capitalise on the contraction in limits deployment in that space in a move first revealed by The Insurer. The new offering targets fleet sizes up to 250 revenue producing vehicles, and will be delivered through select wholesale brokers.

Dallas, Texas-based Upland will be writing the program in all 50 states on non-admitted paper rated A-VIII by AM Best. The limits for
consideration are up to $5mn, with Upland targeting $1mn and $2mn excess limits, and there are no excess attachment point restrictions.

All claims will be handled by a dedicated in-house eight-member team that has previously worked for years at Hallmark with Upland’s president of insurance operations and chief underwriting officer James Damonte.

Stock was most recently a vice president at Scion Underwriting Managers and spent signicant time as a senior underwriter at Hallmark E&S.

Grossberg, who will be assisting in the business development for the group, was also recently at Scion and previously worked at Hallmark.

In an interview with The Insurer, Damonte noted the core group of underwriters that Upland has assembled has participated in this segment of the business for a long time.

“So as a cornerstone entry point to the market certainly we see a good amount of tail winds that we actively want to take advantage of,” Damonte said. “We have a very significant track record in the space and a great deal of relationships, whether it be with our wholesale brokers or our reinsurers that we work with. It was just a very easy entry point for us as we look to build out the broader organisation.”

Damonte spent a decade at Hallmark, including as president of its E&S operations, before most recently working as a senior managing director at Aon’s Reinsurance Solutions.

He noted the excess transportation space has seen “a good deal of transition” in the past few years in response to large verdicts and social inflation.

“The most notable area is really the bifurcation of the limits prole of how the insureds are buying their overall insurance limits and what is viable,” he said. “I think there has been a tremendous contraction on limits deployment, and so that really puts us in quite a favourable position and it is commonly known that rates have increased signicantly in this area”

Upland looks to build out casualty pillar
Upland was launched last month with $200mn of backing from Newlight Partners.

The E&S start-up’s chairman, president and CEO is Todd Hart, who was most recently CEO of Rhode Island-based Narragansett Bay Insurance Company

Commenting on the launch of the XTL product, Hart said in a statement: “I am excited to add this team, and this offering, to our Upland roster. The way we will become a ‘great company’ is through talent acquisition. We strive to provide an environment that allows underwriters the space to master their crafts, so I predict a long tenure at Upland for this group.”

Near the end of January the start-up’s carrier subsidiary Upland Specialty Insurance Company wasassigned a preliminary credit assessment of A- by AM Best.

Upland’s plan is to build out a diversified E&S portfolio. Damonte told this publication that following the entry into transportation excess liability it will look to expand its casualty pillar by moving into general liability and excess public entity business.

“And in due course throughout 2021 and into 2022 we anticipate building out other pillars around E&S property and then some E&S specialty, which is our catch all around professional liability, med mal and some other E&S segments that we are in the process of reviewing, ” Damonte said.

While Upland is one of numerous new entrants to the E&S market, Damonte anticipates that the favourable market conditions will last for a few more years.

“The landscape has changed a good amount where I am not sure we are going to see a reversion back to signicant limits deployment or things along those lines,” he said. “A lot of those that are coming to the market with new capital have a much keener or astute appreciation around capital allocation and how they look to use that capital.”